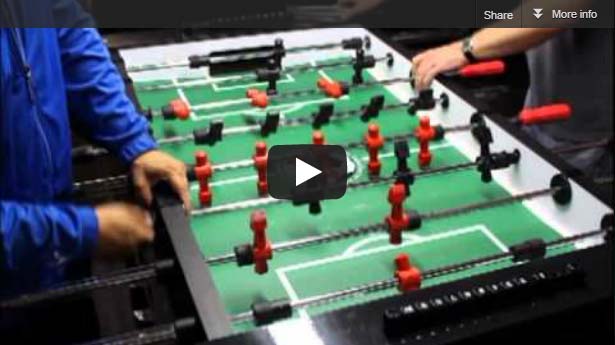 Whether you’re a world-class professional foosball player or you’re just getting into the game with your friends, we think that all players deserve the best quality in their experience. And that’s why Warrior Table Soccer is the only manufacturer to offer you a quality professional foosball table for sale at an average recreational price.

Get your very own tournament quality soccer foosball table from Warrior Table Soccer now only $ 899, plus $159 S&H within the Contiguous United States.

We’re confident that our professional foosball tables offer the best value on the market. In conclusion, from your company breakroom to your dive bar to at-home use, make your foosball experience a Warrior Table Soccer experience.

Get The Best Foosball Table for Sale 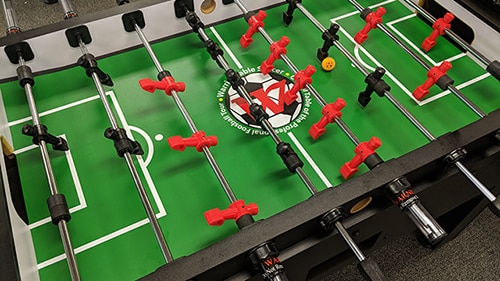 Our unique cabinet design allows for quick and easy assembly with one simple tool in about 25 minutes. Rods come with men assembled. As a result, No more having to deal with the painstaking process of putting on all of the foosball men when assembling the table. In addition, all tables come with a 1 yr limited warranty. 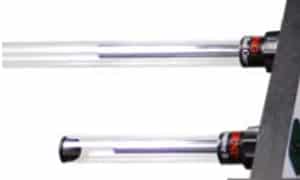 Our Protective Rod Guard System will help distracted players from being struck by a fast moving rod. Also, curious young children will be protected when coming too close to view the action. They will not affect the play of the rods and adds a level of additional safety. Our foosball players are designed with ridged feet for better ball control and grip. You will be able to execute all shots and banking the ball is made easier. In addition, you will can maintain ball control when pinned. 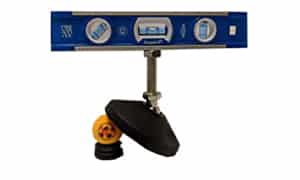 Our table feet features a swivel base that is designed to make leveling on uneven surfaces easier. Complete with a 5″ rubber base and locking nut this will help prevent unwanted movement while playing. You will also be able raise or lower each corner for you ideal playing height. 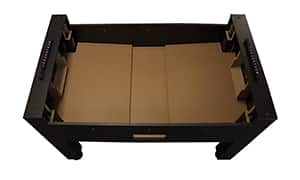 Our foosball tables remove the use of hoses and provides a more consistent ball return. This enclosed bottom of the table will channel the ball to the center of the table. (Above picture has playfield removed and shows the view from above)

All Warrior Professional Foosball Tables include a complimentary maintenance kit with the following items:

And includes a 1 Year Limited Warranty on replacement of all parts (excluding cabinet, playfield, shipping, and handling).

The Warrior Professional Foosball Table has been awarded the BEST VALUE FOOSBALL TABLE ranking by FringePursuits.com The award and review of can be found on their foosball table comparison and reviews page.