Little Known Tidbits About Foosball Worth Checking Out 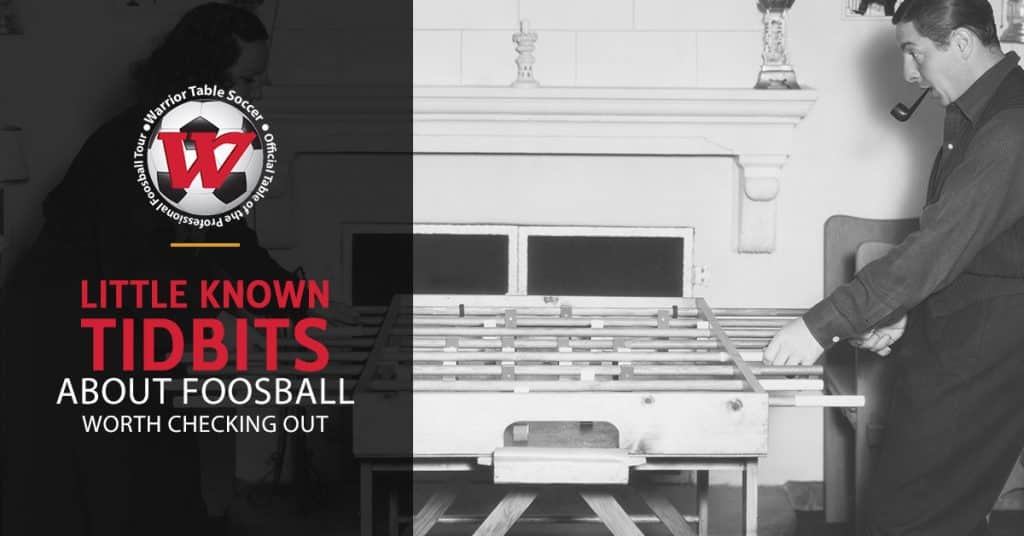 If you’re wondering if we ever nerd out about the sport that we know and love the most…well, you’d be correct. What can we say? We have a devout passion for foosball — from the heat of competition to the ultimate at-work break activity, the team at Warrior Table Soccer more or less eats and breathes foosball. Do you?

About Our Foosball Tables For Sale

Well, if you’re as passionate as we are about the game, then you’ll enjoy today’s article as we look at some lesser-known foosball facts. Of course, you may already be familiar with some of these points! You’re probably also familiar with our signature, professional-quality foosball table for sale because Warrior tables are commonly seen at competitive events. Our goal is to uphold and support the competitive table soccer arena, and what better way is there than manufacturing the best table soccer tables on the market?

Learn more about what makes Warrior foosball tables the greatest by visiting here. Otherwise, keeping reading below for some fun tidbits about table soccer.

It’s Unclear As To Who Invented Foosball

It’s true. What we do know is that the game has origins in Europe and existed there for some time before making its way over to the states. This post takes a deeper look at the history of our favorite game, and it’s definitely worth a read.

The Longest Game (To Date)

According to the Guinness Book of World Records, the longest doubles foosball game of all time is recorded at 61 hours and 17 minutes. Yes, that’s 61 hours — spanning from August 29th, 2012 to September 1st, 2012. Four Austrian players managed to achieve this feat, and we can’t even imagine the disappointment that the losing team most likely felt.

That’s a lot of gameplay in over the course of three days, however, so we wouldn’t be complaining.

Your average, just-for-fun player probably won’t be able to hit the ball nearly that fast, but competitive players are easily capable at hitting the ball around 25-30 miles per hour, sometimes even faster. That may not sound that fast, but when you think about the fact that this tiny ball is moving back and forth in a space as small as our foosball tables, that’s actually pretty remarkable. 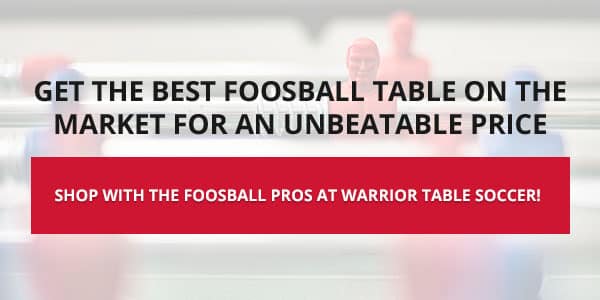 This one is sad but true, and also serves as a double-tidbit. It is understood that table soccer more or less peaked in popularity (in the United States) around the late 70s, and while the game is still immensely popular around the country, computerized arcade games like Pac-Man largely contributed to foosball’s overall decline in popularity.

The advent of new, computerized arcade gaming provided a fresh take on ways to pass the time at the bar or local hangout. Sure enough, more people began to take up games like Pac-Man seriously and eventually began to play it competitively, resulting in fewer competitive foosball players. We can appreciate arcade games as much as the next person, but we’d be lying if we said that this wasn’t a bit of a shame.

One Million Dollars For Victory

Speaking of popularity, there was a time in the late 70s where the purse prize for the 1978 World Championships sat at about $1,000,000. It’s difficult to imagine such a massive prize for winning these days, and our foosball table makers work hard to drum up national and international interest in the sport.

Enjoy The Best Foosball Table You’ve Ever Played On

From our tried-and-true professional foosball table (for a recreational price!) to our fun foosball beer table, LED tables, and custom tables, no one does foosball quite we like do here at Warrior Table Soccer. Questions about our foosball products? We’d love to hear from you. Reach out to us today!

Get a chance to WIN a FREE* Warrior Foosball Table!